An event every week that begins at 12:00 pm on Sunday, Wednesday, Thursday, Friday and Saturday, repeating until August 4, 2019 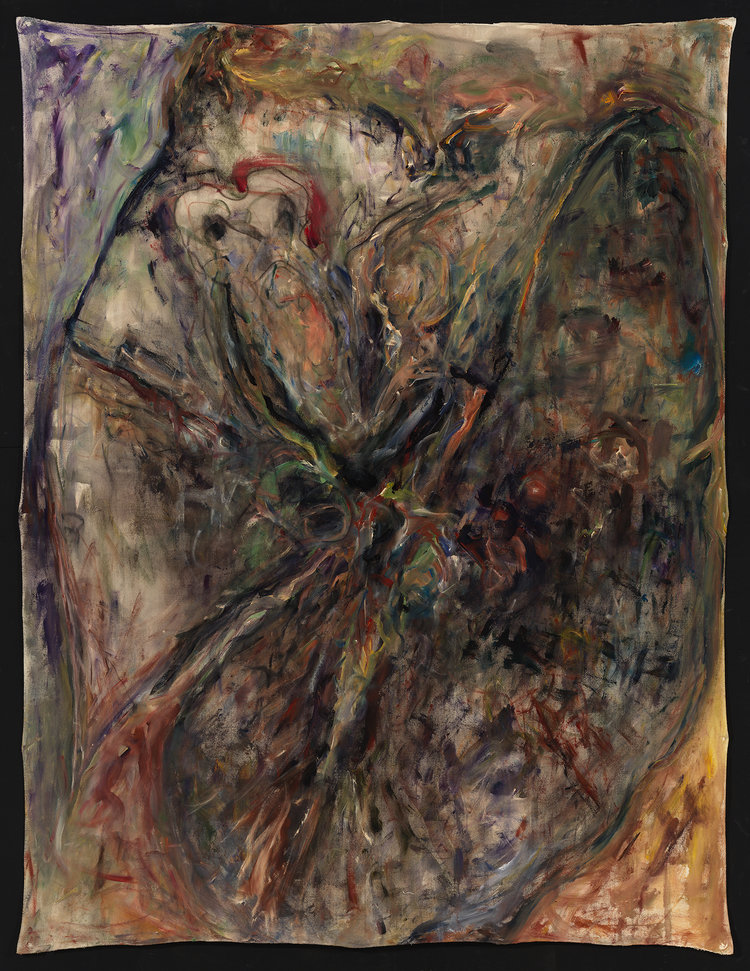 Raw Reckoning is veteran Chicago artist Michael K. Paxton’s one-person exhibition of large-scale paintings and works on paper that derive their structure from the study of slide sections of the effect of black lung disease on coalminers. Paxton, a sixth generation West Virginian creates pillar size fields of chalk, charcoal, gesso and acrylic on raw canvas that embrace this ongoing devastation from coal in an effort to point to a place and people not heard from often in contemporary art. Through a well ingrained working process of size and materials, the open-ended approach of how each painting is developed produces a colorful and awkward work of aggressive mark making that refuses to stand still. Pushing hard against expectations an otherness surrounds his work as he looks for the exact point where his bone deep Appalachian heritage can carve out a place for a heart’s desire to speak of something important, personal and yet as common as dirt.

He is an adjunct faculty member of Columbia College, Chicago since 2005 and has BA in Art from Marshall University, 1975 and an MFA in Drawing and Painting from The University of Georgia, 1979.