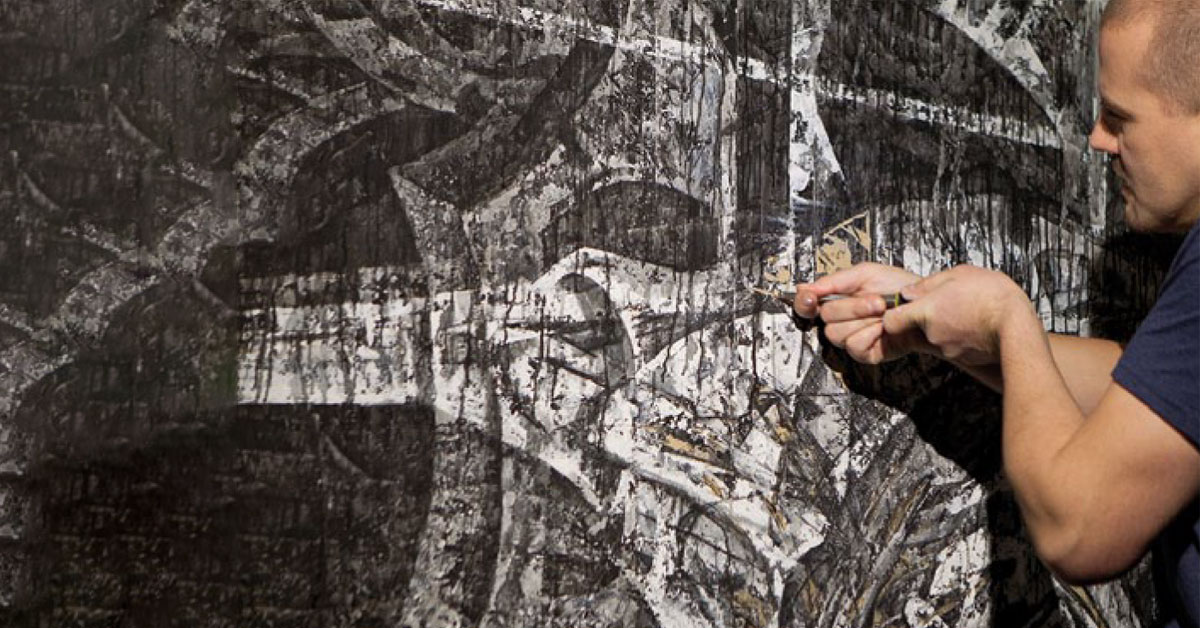 He was born in Żywiec, Poland. He studied at the Faculty of Graphic Arts of the Academy of Fine Arts in Kraków (the Katowice branch). He received a diploma with honours in 2001 from the Studio of Industrial Design supervised by Professor Jerzy Wuttke. In 2010, he was conferred the degree of doctor of fine arts, and in 2018 – the degree of habilitated doctor. In 2004, he began working in the Department of Design as an assistant at the Drawing and Painting Studio supervised by Professor Jan Dubiel. Since 2015, he has held the position of head of the Visual Arts Studio at the Academy of Fine Arts in Katowice. He also teaches drawing and painting at the University of Technology in Katowice and the Drawing and Graphics Studio at the Municipal Cultural Centre in Jastrzębie-Zdrój. He is the co-author of numerous polychrome works in churches. He has taken part in about 100 collective exhibitions in Poland and abroad and has had 24 individual exhibitions. He has also participated in several plein-air and post-plein-air exhibitions and numerous competitions and post-competition exhibitions