Explore vibrant,  engaging,  and  meaningful  experiences  that  champion  cultural  heritage  and  encourage  intercultural collaboration. From events to classes, exhibitions to performances, find out all the amazing offerings to  experience  global  and  local  cultures.  Book  your  destination  now and explore culture around the city!

Looking to explore Chicago’s most vibrant communities? View our guides!

The following map represents the active consortium of 41 Chicago-area cultural heritage museums, centers and historical societies who span 28 neighborhoods and 7 suburbs in the Chicagoland area. Explore the rich culture of the city by visiting these locations! Click on the stars that represent Core Members and the diamonds that represent Partner Members for links to locations, hours and directions. All visitors are welcome!

Want to hear about culture around the city more often? Sign up for our newsletter and we’ll deliver all the amazing offerings from our members to your inbox bi-monthly!

Visit the "Remembering Killing Fields Exhibit" with the National Cambodian Heritage Museum and Killing Fields Memorial to learn about the 3 years, 8 months and 20 days, that led to more than two million Cambodians dying from ruthless slaughter, starvation, and disease. This exhibition honors not only those who died but also those who survived to keep their memory alive. Learn More

As if in a story. Liūnė Sutema – woman and poet

Written and performed by Audrė Budrys Nakas, “As if in a story... Liūnė Sutema – woman and poet”, is the story of Zinaida Nagytė-Katiliškienė - poet Liūnė Sutema, who was born in Lithuania in 1927, but fled her native land during the Second World War. She lived most of her life in a small town outside of Chicago, longing for her homeland and turning her sorrow into brilliant poetry. Though Liūnė Sutema was awarded the Lithuanian National Prize for Culture and Arts… 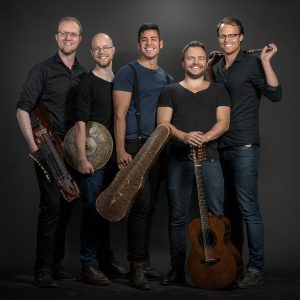 The award-winning Swedish quintet Jaerv, present an extroverted, vigorous and heartfelt folk music with influences from both jazz and pop music. Together, the five members have created a homogeneous, vivid sound that has established Jaerv on the folk music scene as well as in many other forums. Rooted in several different musical traditions, Jaerv offers a varied stage performance where vocal, five-voiced tunes blend in with energetic dances and free improvisations. Jaerv is an internationally well-known act and has toured…