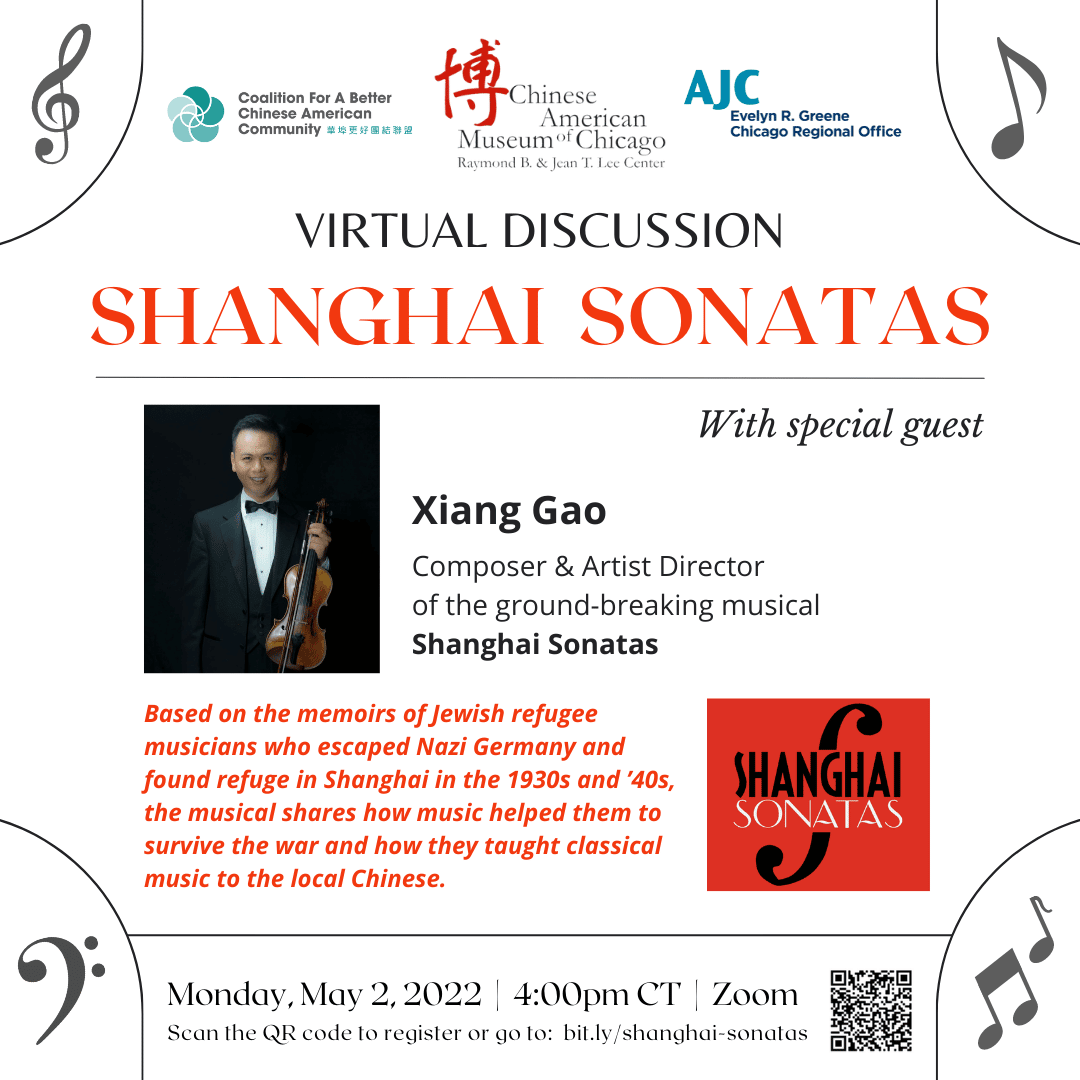 Please join us for this FREE virtual discussion with Xiang “Sean” Gao, the creator-composer of Shanghai Sonatas, a pioneering new musical that combines musical theatre, live classical music, and visual art. Based on the memoirs of Jewish refugee musicians who escaped Nazi Germany and found refuge in Shanghai in the 1930s and ’40s, this musical shares how music helped them to survive the war and how they taught classical music to the local Chinese. The music composed by Xiang is inspired by Jewish and Chinese traditional music, European classical music, and musical theatre.

About Xiang Gao
Named as Musical America’s Top 30 Professionals of the Year in 2021, Xiang is one of the world’s most successful presenters, producers, composers, and pedagogues. He has solo-performed violin for many world leaders and with 100 plus orchestras worldwide. As the Trustees Distinguished Professor of Music at the University of Delaware, Xiang is the founding director of the Master Players Concert Series & Festival. Shanghai Sonatas – the new musical conceptualized and composed by Xiang is being developed by Tony-winning producers and touring as a concert production. Xiang is represented by the California Artists Management.